This podcast interview of Neal Bawa is hosted by Victor Menasce of The Real Estate Espresso Podcast
Neal Bawa is a Silicon Valley based syndicator, and educator specializing in multi-family asset classes. On today’s show we’re talking about the state of the capital markets and where investing is heading in multi-family apartments.

Neal: Thanks for having me on Victor I’m very excited to be on the espresso podcast.

Victor: Great to have you here Neal.  We’ve got to know each other and we’ve been looking at all kinds of different projects over the span of the last year and I’d love to get your perspective for our listeners. You’ve got a fairly sizable portfolio what’s been happening in the capital markets. I know there’s been a lot of movement in the last 60 to 90 days and love to get your perspective on what’s working, what’s not working, and what’s the current landscape.

Victor:  well I guess it really depends on a number of things because this is such a moving target from week to week one of the things lenders and investors alike have been looking at is what’s the collections going to look like. what was the default rate going to be for tenants on April 1st and on May 1st I know the numbers are just starting to come in for the first of May. what’s been your perspective in your portfolio how those collections gone?

Neal: um much better than expected for both April and May so we’ve we were at about 92% in collections for April May we were projecting would be a little worse you know like 2% worse, so we were thinking we’d come in at 90. so far of May every single property that has been polled in the first 12 days of the MA is a little bit above. I can speculate as to why that’s happening I think it’s probably that more of the checks coming in. it’s the very generous unemployment program that we have going right now so it could be one of those. it could be the fact that because PPP checks have come in, to employers a lot of them are like okay come on back in so I think it’s a combination of those so we’re actually seeing an uptick from where we were in April and. to be honest I thought that we were really happy with April, because we were you know I think there’s this 45 days ago there was this gloom doom scenario where 30 percent of your tenants wouldn’t pay rent or 20% wouldn’t pay rent. well you know if it’s if you’re collecting over 90% and that’s by the way also a national nationwide number our properties didn’t do anything extraordinary we were in that 91 92 percent collection range a Class B properties are collecting maybe another percent more in class a. p’ are collecting even another 2% more but on the occupancy side, it’s been very very stable. I’ve checked with all of my friends everyone says occupancy stable a lot of people that have given us notices to vacate have decided to pull those notices back. they don’t want to go anywhere in the middle of a pandemic. we are seeing a significant dip in occupancy for Class A properties and that happened in May only not in April. so we didn’t see anything there. but in May it was sharp enough for multiple sources to talk about it and for us to look at it and it’s like oh yeah we’re getting advisories from Marcus and Millichap and of Arcadia and a bunch of other people saying you know what there’s an occupancy issue in it beginning to happen in Class A so we’ve seen that but it hasn’t affected Class B or Class C as yet. rents have been mostly flat so down for the, you know so far because of this and that’s a very very small decline in rents but I do expect that there’s gonna be some more decline than rents going forward. and the lenders really the reason the capital markets are frozen is they want to see this stuff they want to see where rents go where occupancies go, where delinquencies go, and as we move forward there’s the potential that the capital markets will loosen because we certainly are not seeing any evidence of doom gloom scenarios. we’re not seeing anything worst-case happen anywhere in the country.

Victor:  Well it’s a human reaction it doesn’t matter whether you’re an investor or whether you’re an investor or not people like certainty and in particular like certainty and my goodness we are certainly in a period of uncertainty. so how do you give an investor certainty when things are moving so quickly from week to week. you know you gonna be standing in front of an investor and saying oh don’t worry about those 33 million unemployment claims that are not going to affect our rental business at all and they’re gonna look at you a little bit skeptically. do you sit on the sidelines now? do you try and move forward with projects or do you only go after distressed assets? what’s your what’s your perspective?

Neal:  I think our my mindset on that changes on a day to day basis as I as I look at data it changes I believe that my thought process of you know how much distress assets their core they’re going to be in the let’s say the multifamily realm which I tend to be focused on or stubbly courage I think there’s gonna be less distressed assets then I thought 30 days ago and that may still change it really depends on how we do with the reopening of the country and whether we see you know subsequent shutdowns but today what I’m seeing is small rent declines significant price declines because of the Fannie Mae Freddie Mac impound restrictions so it could be as much as 10% of a price decline that we could see in q3 and q4 but my investment philosophy and thesis has always been about five years and I believe that within 24 months we’re gonna come back close to, not exactly where we are but close to where we were at the beginning of the year. so Troy could be 24 months could be 30 it could even be 36 months but there’s not there is no statistical evidence of a you know 1930s type of depression scenario I think that would have happened if we hadn’t shut the country down and ended up with millions of people that are died and you know hospitals that were bankrupt. we are still going to see problems. we’re gonna see problems in the hospital sector, in tourism, we’re gonna see problems in real estate sectors, that are tied to that so malls and and and you know hotels are going to definitely see issues but my investment thesis has always been, I’m buying buildings because I still think that people need to pay rent and what yeah and I think it was proven right in a way that we’ve never seen before, Victor. we had tenants who had lost their jobs that paid rent for April and May which just gives you this you know this belief that you’re in the right segment I mean and everybody else all of my friends that are in other segments in real estate every time I talk with them they’re like oh boy Neal you’re so lucky you know you’re in apartments and I’m doing this and I’m in strip malls and I’m in hotels I mean you can hear in their voice is that that’s where they want to be. they want to be in the workforce apartment housing business. so I do believe that we’re gonna see some price declines but I think that those price declines may be fairly short you might see them in q3 and q4 of this year and the market might then restabilized. I also believe that by the beginning of the year Fannie Mae and Freddie Mac will withdraw these highly onerous and unnecessary restrictions regarding impounds because that’s really what’s driving the multifamily market down, it is not rents, it is not occupancy, it is not delinquency. what’s driving the market down is the Fannie Mae Freddie Mac onerous requirement. and I think they’re gonna realize that and pull back on it

Victor: Well Neal,  I love it, thank you for this perspective. I think it’s a tremendous insight will you come back and chat with us again talk about maybe some other aspects of the market?

Neal: I’d love to do that a Victor well if folks want to get in touch if they want to learn a bit more what’s the best way multifamilyu.com,  that’s multifamily followed by the letter U dot com. we do about 50 webinars a year and have about 40,000 attendees a year that attend our various information-driven webinars. they’re about all aspects of real estate, all assets in real estate so love to talk with you through multifamilyu.com

Victor:  that’s awesome well definitely definitely reach out to Neal at multifamilyu.com and for the listeners at home have an awesome rest of your weekend go make some great things happen I’ll talk to you in tomorrow. 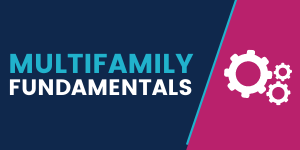 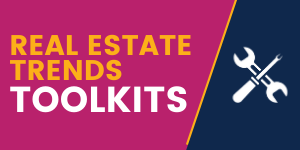 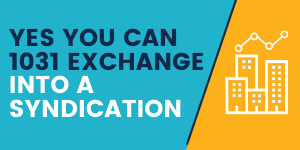 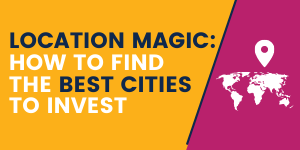 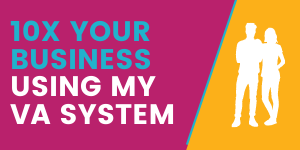 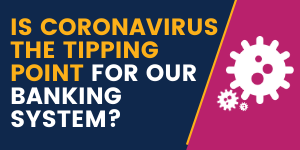 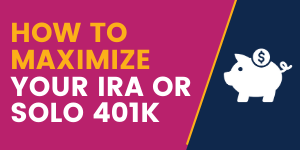 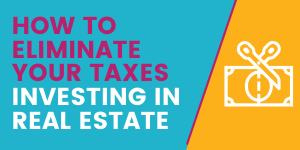