You know that I do not write a lot of articles, I prefer webinars and podcasts. However, every once in a while, I find information that is so staggeringly useful or insightful (or occasionally, scary) that I am compelled to write about it. Today, I am going to feature one such discovery of mine, that I feel that all of you can benefit from. The benefits of this information are mind-boggling (and no, I am not selling a newsletter subscription ?) The critical insights are all in this article. Just keep reading…

THE ORIGINAL CORRIDOR OF OPPORTUNITY

The thousands of real estate investors across the U.S. that have attended my webinars and in-person events know over the last two years, I have often mentioned a CORRIDOR OF OPPORTUNITY for real estate investors. This original corridor, as mentioned in my events, is 145 miles long, and runs along Freeway 4 and Freeway 75 in a generally South-East direction from the city of Deltona, FL (near Orlando) to the City of Bradenton (near Tampa). The corridor runs through three cities that I highlight often – Orlando, Lakeland and Tampa. You can see the original corridor of opportunity in the map. 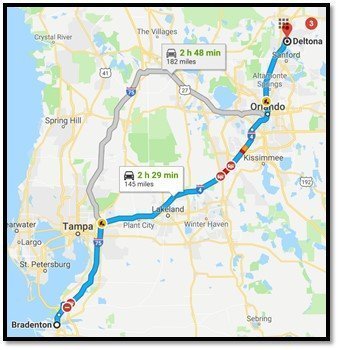 The cities in the original corridor have won an incredible number of accolades. Here are just a few of them:

There are many other accolades, but you get the picture. But before you grab your underwear and book your ticket on the first flight out, know that this is old news. Something more interesting is now happening.

IT’S TURNING INTO A WEB

I now have evidence that the corridor (which was already a strong opportunity for Technical analysis focused real estate investors) is both strengthening and lengthening. The corridor is also branching out and morphing into a WEB OF OPPORTUNITY. Small markets that lie near the corridor and are connected to it by highways or roads are now moving upwards in socio-economic trends, and ranking higher in different surveys. While the country is blessed with several exceptional growth corridors (for instance, the intriguing 131-mile Logan UT-to-Springville UT corridor that I also mention often), no other corridor appears to exhibit this type of fascinating web-like behavior. It’s almost like a growing organism.

Here are some examples of how the corridor is spreading to the north and south.

Sebring, FL now has a rank of 96 (out of 100) on HousingAlerts.com’s latest Hot Market Finder list (courtesy their Youtube video). This tiny market is 60 miles due south from Lakeland (which is the center of the corridor of opportunity). This is a very high rank, and indicates significant opportunity.

The Villages, FL is in the other direction. It’s due north of the corridor of opportunity, and an hour from Orlando. This tiny MSA (Metro statistical Area) is now ranked #1 for population growth in the United States for metros of under 500K people. According to the Wikipedia MSA list, The Villages has grown its population by 34% in a handful of years (no other metro in the U.S., small or large, has grown at over 23% in this time frame). Impressive, aye?

The corridor is also lengthening beyond Bradenton, FL to include Sarasota and North Port, Fort Myers, Cape Coral and Lehigh Acres to the south. All of these cities are winning accolades. Fort Myers just came in #1 on Wallethub’s ranking of 515 cities.  The neighboring suburb Lehigh Acres was almost as impressive at #7, with Cape Coral at #24. No other area in the United States has 3 cities in such close proximity in the top 30 in the list.

In all, According to Forbes, 4 of the top 15 growing Metro Statistical Areas (MSAs) in the U.S. in 2018 were in the new (expanded) Corridor of Opportunity. It’s incredible for 4 top MSAs to be in any one state, but it’s simply mindboggling that there are four of them in just one part of a state. 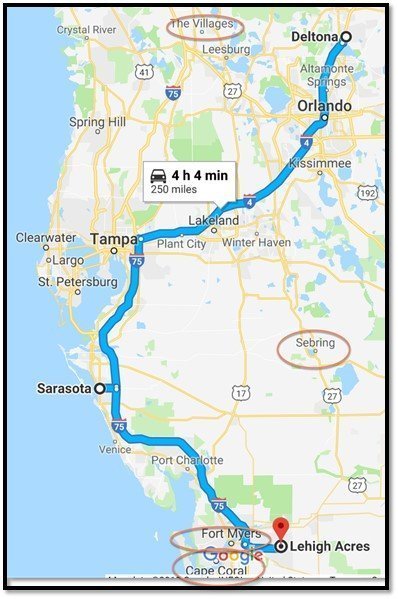 HOW TO USE THIS INTELLIGENCE

How you will use this powerful knowledge is up to you. If you are do-it-yourselfer, simply get on a plane to Florida and buy some real estate. If you prefer to invest passively through our real estate company, know that we have projects that we are working on in this area (none under contract, so I have no estimate of timing). We currently have a project in Tucson, AZ, which also benefits from chart topping rent growth. Phoenix is becoming one of the most powerful and fastest growing metros in the country, and Tucson is a direct beneficiary. We will be closing out our raise this week, so this would be your last chance to get in to that project.

If you want to take advantage of long term trends that are driving multifamily prices and rents, you should also consider Investing into your education. My Multifamily eBootcamp is a tiny fraction of the typical Multifamily education packages offered by gurus, but is filled with insights, secrets and shortcuts such as the one shown here. You will learn how to evaluate neighborhoods and metros, find off market properties, raise money and use that money through syndication to fund your projects. You will also learn how to manage those properties with the help of property managers.

The eBootcamp is unique in that it has no sales pitch for coaching or mentoring or expensive follow-ons. It’s a pure learning event that starts March 4. Check out what past students are saying about this life changing event. 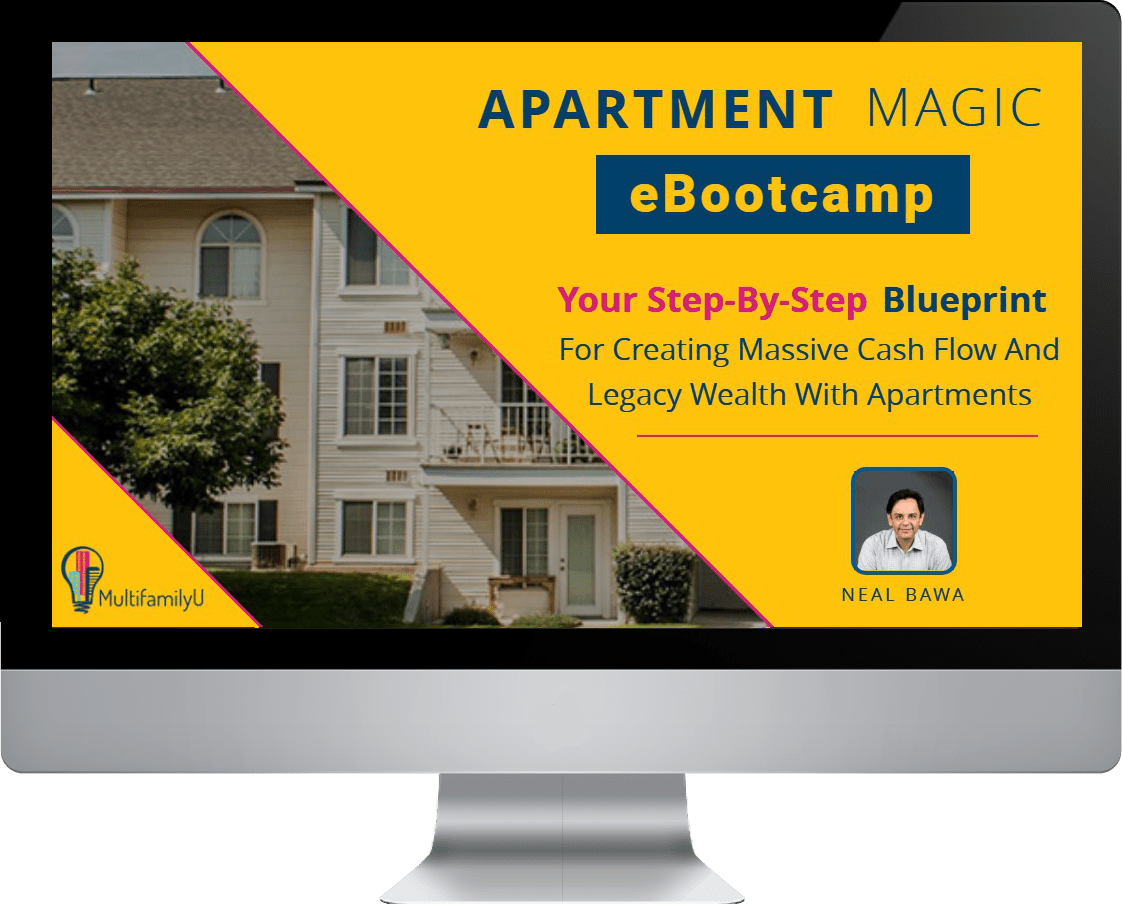 It’s a human tendency to read powerful information like this and then simply do nothing. But opportunity like this does not hang around. So, get up and take massive action, my friends.

I will see you around,

Disclaimer: National or regional rankings do not mean that all investments in a state or metro will do well. All good/great cities have bad neighborhoods and sketchy properties. I am not an investment advisor. Take this information for what you will, and do lots and lots of old-fashioned due diligence before you buy anything. Real estate has risks, take the time to understand them. And talk with an investment advisor.